The hunt for Echo Michelle Lloyd

BENTON COUNTY — Nearly a year ago, 47-year-old Echo Lloyd vanished from her Benton County home, leaving nothing but a mystery and the broken hearts of family and friends.

Fading signs remind drivers along state Route M in Edwards that people are still looking for Echo. But as the case approaches one year this Mother’s Day, no new information about Echo’s disappearance has surfaced.

An investigation was begun by the Benton County Sheriff’s Department, which has since passed the missing person’s case to the Missouri State Highway Patrol.

“I just spoke yesterday (Tuesday) with the lead investigator in the case,” said Sgt. Andy Bell of the Missouri State Highway Patrol. “Unfortunately there's not a lot to go on, we're just grasping for straws at this point. It is just a really difficult case when someone just vanishes into thin air.”

Attention to Echo’s case has grown over the months since her disappearance thanks to people getting the word out to the public through missing person’s posters and Facebook pages dedicated to her.

“We are hoping for someone to come forward with a possible sighting or any information on this case. This is still an open investigation,” Bell said.

A GoFundMe account called Bring Echo Home has raised $2,450 to help pay for making signs and posters, the creation of a website, and a reward for information that leads to the arrest and conviction of those responsible for the disappearance of Echo or information that directly leads to Echo’s return.

Echo was known to venture into the heavily wooded areas near her home to go mushroom hunting, but much of those lands are privately owned and inaccessible to those seeking Echo. “You're talking about 13,000 acres of land,” said Mandi Krueger. “We don't even know where to begin.”

To help with this grim task, Krueger has created a Facebook page, “Hearts on the Hunt for Echo Michelle Lloyd,” so people can network and look together for answers.

“Our main thing is hopefully we come across something that can bring them closure or bring Echo home,” Krueger said.

Krueger has gained permission to search several properties in the area, and this Saturday volunteers are gathering in Benton County along state Route M from 8 a.m. to 5 p.m. to search for signs of Echo.

“We need to help this family as much as we can by lifting the weight off of their shoulders and placing it on to ours, by volunteering our time and doing local searches for her,” Krueger said.

According to her missing person’s poster, Echo is a white female with brown hair and brown eyes. She is 5’4” and weighs 100 to 110 pounds.

Anyone with any information on the whereabouts of Echo Michelle Lloyd is encouraged to contact the Benton County Sheriff’s Department at 660-438-5252 or the Highway Patrol Missing Persons Clearinghouse at 573-526-6178 or missingpersons@mshp.dps.mo.gov.

“There are too many people who haven't heard her story nor know she is missing,” Krueger added. “Spreading her story to all we come in contact with will help bring Echo home.” 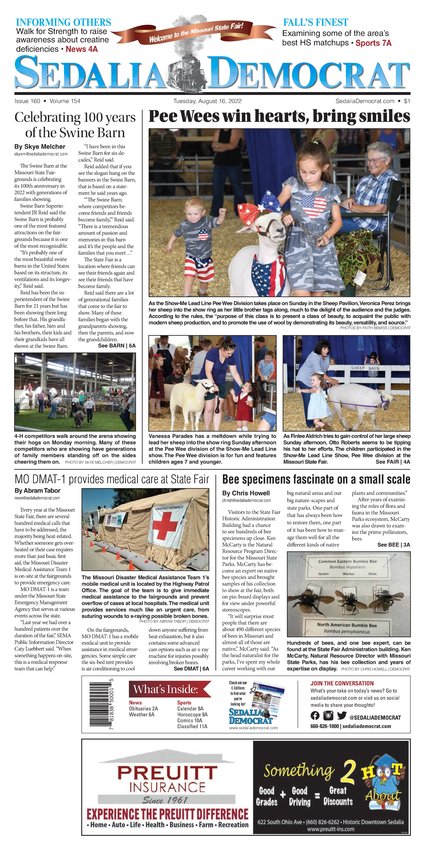