Carter was wearing a seat belt and was transported to Golden Valley Memorial Hospital in Clinton by Warsaw-Lincoln Ambulance District.

According to a Missouri State Highway Patrol report, a 2017 Ford Fusion driven by Weller east on I-70 slowed due to traffic and was struck in the rear by a 2013 Chevrolet Sonic driven by Higgins, who then traveled off the right side of the roadway and struck a tree.

Both drivers were wearing seat belts. Higgins was transported to Fitzgibbon Hospital in Marshall by Saline County Ambulance District. Weller refused treatment at the scene. 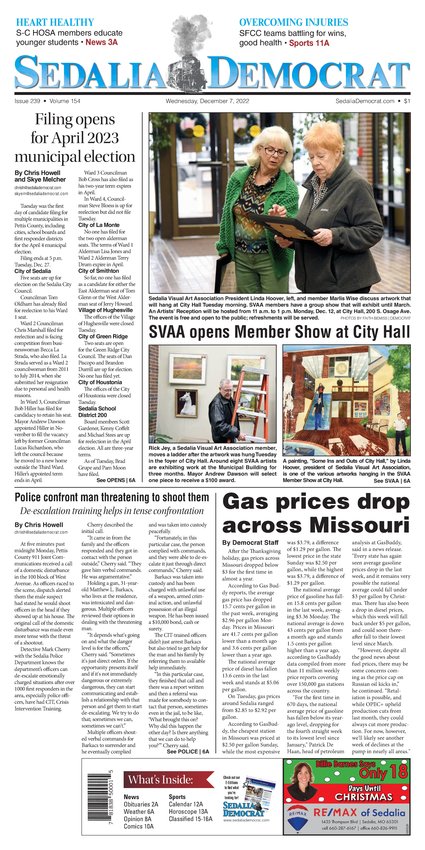