After a tight race, President Diana Nichols and Secretary Barbara Schrader were re-elected to the Sedalia School District 200 Board of Education during Tuesday’s municipal election.

Nichols said she is proud of the community and the way the results show the Sedalia school district has a lot of people who believe in it and support it.

“I think that’s the main thing is that the community is behind the district and that makes me very very happy,” Nichols said.

Nichols thanked all the patrons of the Sedalia school district and offered heartfelt appreciation for the people who supported her and voted for her.

“I am extremely proud of how I ran my campaign,” Nichols said. “I felt that I was very professional and respectful.”

Schrader added that she was very relieved and happy that the voters thought to return her to the Board of Education.

“I will try and serve them in the best way possible,” Schrader said.

Schrader added that the community is amazing and she is overwhelmed with their support and confidence in her.

Nichols and Schrader have the same goals and plans for the school district: working on teacher recruitment and retention amidst the nationwide teacher shortage. Schrader said she hopes to dig in and work on the district’s Grow Your Own program that focuses on Sedalia 200 graduates coming back to teach in the district.

Nichols and Schrader are both happy and proud of the community who backed them in the 2022 election and are ready to serve the district for another three years.

Cronk said she is happy to see the incumbents retain their seats. As disappointed as she is not to be elected, she said she believes they were the best fit of the candidates.

“I do intend to run in the future; hopefully, I get a seat then,” Cronk said. “I am not surprised by the way it went. This is my first run and I’m not very well known in the community yet.”

Cronk still plans to be involved with the district in any way that she can and congratulated both Nichols and Schrader for being re-elected.

Smith and Quattlebaum did not respond to calls from the Democrat by press time. 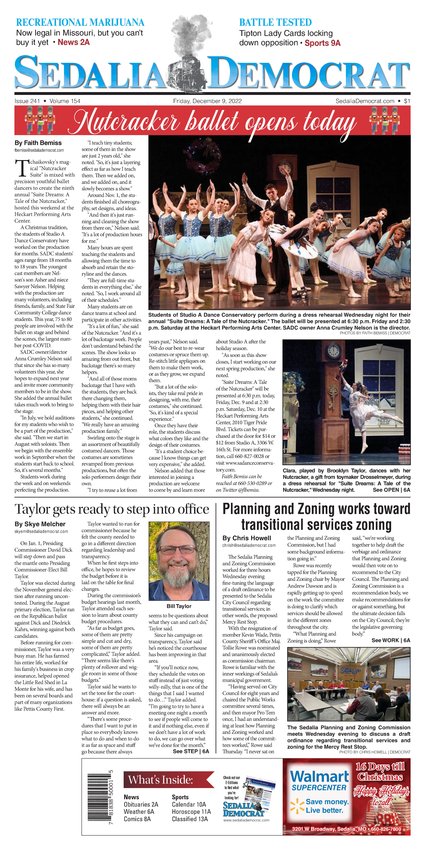