4:45 a.m.: Candice Ann Smith, 50, of the 3500 block of South Grand Avenue, was arrested after officers were dispatched to the intersection of West 16th Street and South Kentucky Avenue for a reported hit-and-run accident. Officers were able to find the suspect vehicle and the driver was arrested. She was transported to the Pettis County Jail, where she was booked on a 24-hour hold pending state charges of first-degree property damage and leaving the scene of a motor vehicle accident.

3:53 a.m.: Isidro Chavez Marcos, 31, of the 100 block of East Cooper Street, was arrested after an officer observed a vehicle stopped in the roadway on North Ohio Avenue and east Pacific Avenue. The driver was asleep and was determined to be intoxicated. Marcos was arrested and transported to the police department and then the Pettis County Jail, where he was booked and released with a charge of driving while intoxicated alcohol – prior offender.

9:07 p.m.: Dustin M. Prichard Jr., 24, of Troy, Kansas, was arrested after a vehicle stop at West Main Street and West Avenue for failing to maintain a lane and not displaying registration plates. It was determined the driver was intoxicated and Pritchard was transported to the police department, issued a uniform traffic ticket, and released to a sober driver.

1:44 a.m.: Deborah Sprick, 40, of the 2600 block of East 12th Street, was arrested after an officer observed a vehicle failing to maintain its lane and conducted a traffic stop at West Broadway Boulevard and South Missouri Avenue. It was determined Sprick was intoxicated and she was transported to the police department, where she refused to provide a breath sample. A search warrant was obtained and a blood draw was conducted. She was transported to the Pettis County Jail, booked and released with a charge of driving while intoxicated.

3:13 a.m.: Austin Matthew Tinker, 21, of the 400 block of Buckner Court, was arrested after officers were dispatched to the 1600 block of Heck Avenue for a reported wanted person. Officers were able to identify Tinker, who fled the scene while speaking to officers. He was located, arrested, transported to the Pettis County Jail and placed on a 24-hour hold pending charges of resisting arrest, assault on a law enforcement officer and a previous domestic assault charge.

1:52 a.m.: Jared J. Cooper, 22, of Columbia, was issued a summons after officers conducting business checks in the 4300 block of Wisconsin Avenue located two vehicles parked in a business parking lot after hours. Cooper had a revoked driver's license and was issued a summons. He was released on scene.

7:55 a.m.: Officers responded to a business in the 800 block of East Broadway Boulevard in reference to a theft. The cashier said a male subject walked out with some items without paying. The suspect has not been identified. 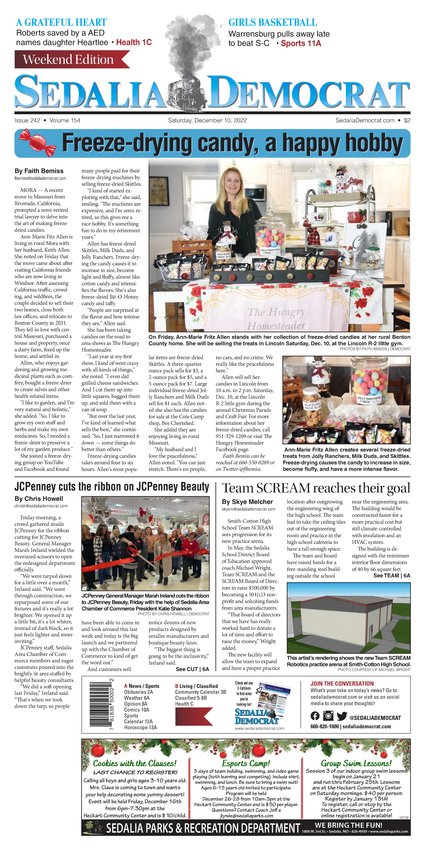